Stubborn pockets of fat? Aqualyx fat dissolving injections could be the solution!

Aqualyx®, developed for the non-surgical reduction of localised fat under the skin, is an injectable, gel-based aqueous solution.

Aqualyx® dissolves fat and is biocompatible and biodegradable.

Aqualyx® works by making fat cells dissolve. The body then gets rid of the released fatty acids naturally.

Developed by renowned aesthetic surgeon the late Professor Motolese, Aqualyx® has been available internationally since 2009, and over 2,000,000 vials have been used for patient treatments in 49 countries worldwide.

Treatment with Aqualyx® is only available to patients from trained doctors in the UK.

Aqualyx® is a compound solution which liquefies the fat cell, destroying it permanently, releasing the lipids that are then eliminated naturally through the lymphatic system. 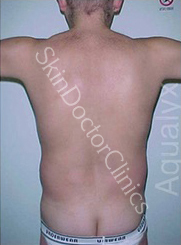 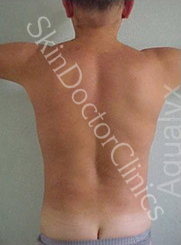 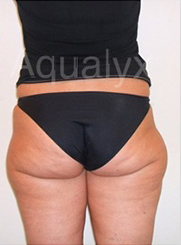 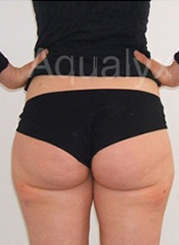 The treatment will be repeated between two and eight times depending on the number of small pockets of fat tissue to be reduced. The injections are repeated every three to four weeks.

After each treatment you can expect some swelling, redness and skin irritation and tenderness in the area treated, which will subside after four to six days.

A reduction in fat deposits can be seen after just one treatment, however between three and eight sessions are required to see the optimal effect. The speed at which results are seen will vary depending on the stability of the cell membranes; younger patients are more likely to results after a longer period.

Make an Enquiry
Book your Appointment
Request a Callback

Our experts share some tips on how to best look after your skin. Click on the link to download. We offer a comprehensive computerised skin analysis in clinic too.

Treat yourself for less! Take a look at our latest special offers